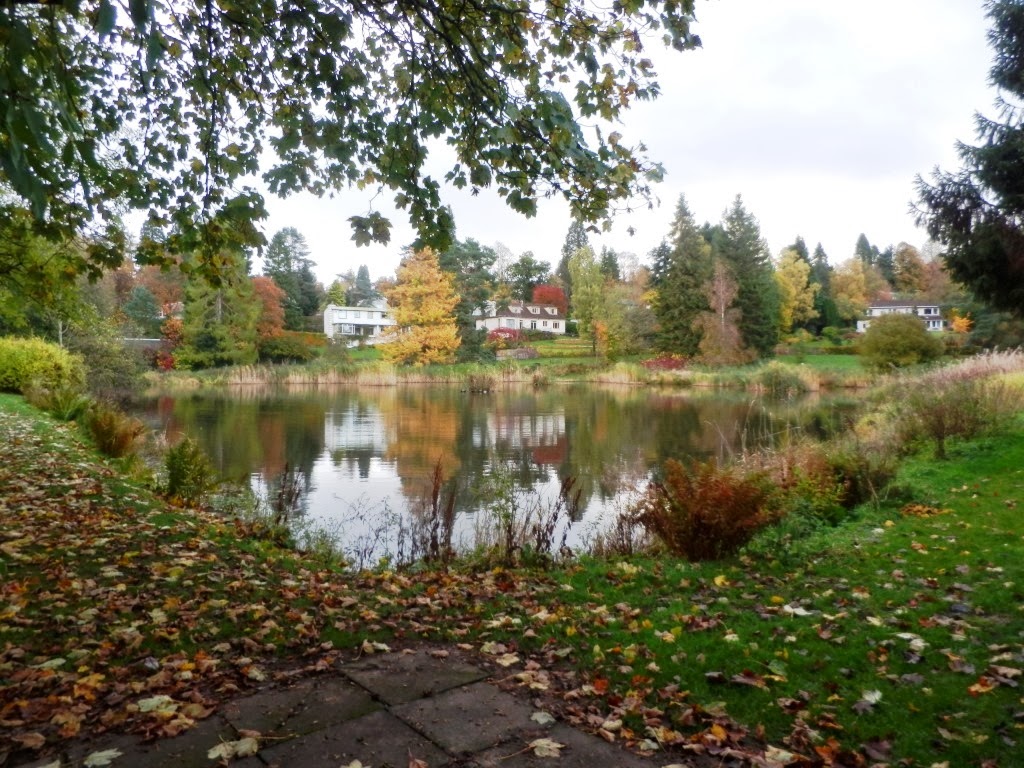 The Park was once common land for cattle grazing, and it was gifted to the people of Dunblane as a children's play area in 1942. Its name derives from Gaelic, meaning 'The Little Loch in the Field' which is an apt definition of Ochlochy Park. A popular pastime for the local children is feeding bread to the families of ducks on the miniature loch. However there is a sign saying "do not feed the ducks" as it causes water problems. It is a pleasant place for a short walk with toddlers who will enjoy the streams, bridges and ponds. The pond itself in its present form was buit by Victorian engineers as a water reservoir for the railway. Pipes ran down to the station so that the steam trains could be replenished. Built out of puddled clay it needed complete rebuilding in the early 2000s when a team of enthusiastic volunteers from the DDT dug out the 2 metres of silt and relearnt the art of "puddling".  The pond has attractive and interesting reedbeds around the water’s edge.  Ponds are fantastic for wildlife, both large and small.  Swans glide gracefully over the water here, whilst mallard ducks and coot dabble for food.  Beneath the surface, the water buzzes with life – from ferocious dragonfly larvae to tiny midge larvae and water beetles.

How to get there At the roundabout on the Perth Road (Four Ways roundabout by the India Gate restaurant), take the Glen Road, which leads to Sherriffmuir. Turn first right past the tennis courts along Ochlochy Park and the entrance is on the left 50 metres on, through a narrow walkway. A very pleasant short walk from the centre of Dunblane into tranquil surroundings.